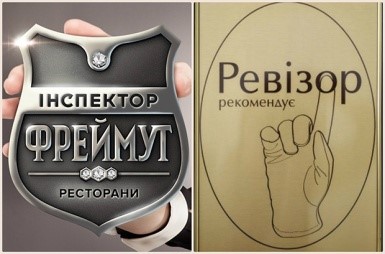 The recent ruling of the commercial court in the dispute between two Ukrainian TV channels has formed an important practice of protection of the rights to media projects (in this case, a reality show in which the show presenter checks the quality of services provided by the establishments of service sector, specifically, of HoReCa industry). Actually, the ruling establishes the criteria for media project copyright protection and specifies the criteria by which not copyrightable ideas and concepts of such media projects may be distinguished from the use of the form of the work (its elements), the rights to which belong to another person.

The respondent denied these arguments and explained that the idea used for the "Revizor" show is not a brand-new one. Furthermore, he asserted that any ideas or concepts are not subject to copyright protection. Also, the respondent argued that the TV show could not be regarded as a derivative work from both the Audiovisual Work and the Master Scenario.

The court commissioned an expert investigation in the course of which episodes of both the "Revizor" show and Master Scenario were compared with the episodes of the "Inspector Freimut" show. Having conducted the comparative analysis, the expert concluded that a number of copyrightable elements of the "Revizor" show (public image of the sow presenter, the pattern of the inspection, the intrigue of both shows, the criteria and outcome of inspection) were used in the "Inspector Freimut" show. The court also pointed out that the elements of internal form (composition of the work, its structure, artistic images) and external form (language, vocabulary, style of speech and other) of the literary work constitute its copyrightable elements.

The aforesaid decision defines the approach to drafting and the list of documents that could ensure a further protection of copyright in the media projects (in particular, if a well-known show presenter of the well-known TV show moves from one channel to another). In addition, the criteria defined in the court ruling as a potential basis for distinguishing between the ideas and concepts and the use of the form of the copyrighted work (its elements) would definitely have an impact on the future court practice in similar disputes.

FRANCHISING: Deregulation of Franchising in Ukraine

On 12 February, the Ukrainian Parliament adopted the Law of Ukraine "On Amendments to Certain Legislative Acts of Ukraine Regarding Simplification of Conditions for Conduct of Business (Deregulation)". The Law, inter alia, excluded from the Civil and Commercial Codes of Ukraine the provisions according to which the commercial concession (franchising) agreements were subject to state registration from January 2004.

For many years the issue whether such registration is required has been a topic for discussions and the ground for establishing an ambiguous court practice. The respective procedure for state registration of commercial concession (subconcession) agreements was adopted by the Ministry of Justice of Ukraine only in late 2014. The provisions, which required registration of commercial concession (franchising) agreements, were excluded by the aforementioned law as a part of the deregulation process.

The Law will come into force after its signing by the President and the official publication.

TRADEMARKS: Informal Approach of the Court to the Trademark Registration by the Distributor

In January 2015, the Highest Commercial Court of Ukraine ("HCCU") issued a decision in the dispute between a foreign producer – an Israeli company ("Producer") and its Ukrainian distributor ("Distributor") that had registered trademarks of the Producer under its own name and later transferred the rights to them to a Cyprus-based company. HCCU did not agree with the formal approach of the lower courts as to the legality of such trademark registration by the Distributor, as well as the subsequent transfer of the rights to them without the Producer's consent, and pointed out the necessity of taking into account of all merits of the case.

The Distributor had registered trademarks which were subsequently transferred to the Cyprus-based company.

The Producer filed to the court a claim for the recognition of trademarks registration and their further transfer as invalid. The Producer claimed that the Distributor was not authorized to dispose of the trademarks at its own discretion and illegally assigned them to the Cyprus-based company. In addition, the Producer asserted that the respective trademarks can be misleading with regard to the producer of the goods and were granted based on the application in violation of rights of other persons. The Distributor, in its turn, argued that the trademarks were legitimately registered in its name and transferred to the new owner.

The courts of both the first and appellate instances rejected the Producer's claim, stating that in accordance with the provisions of Article 6septies of the Paris Convention, the Producer has authorized such a registration, and, consequently, his rights were not infringed.

As the consequence, the case was reverted to the court of the first instance.

The final decision is expected to more clearly specify the criteria for understanding of the "authorization" within the meaning of Article 6septies of the Paris Convention. However, one can conclude even today that the Western style catch-all contractual clauses can expose brand owners to significant legal risks. As the result, it can be argued that at the moment there is no alternative other than the maximum possible independent legal control over intellectual property portfolio.

One of the local courts acquitted the private entrepreneur ("Accused"), who was active in selling pesticides using Syngenta trademark owned by the well-known Swiss producer of plant protection products. These actions caused a damage to the latter. The said decision demonstrates the importance of proper collection and execution of evidences to be used for prosecution of those responsible for distribution of counterfeit goods and illegal use of the trademark.

In response to order for purchase of Syngenta products, as placed by the police by phone, the Accused promised to check where it can be purchased. Later, the Accused took actions for obtaining of counterfeited Syngenta goods from an unidentified contact, transportation and storage of such goods at the place of evidentiary purchase for further sale. Actually, the purchase was not completed because the Accused refused to sell the goods at the time of the evidentiary purchase. The reason for such a refusal was the suspicions about the buyer.

Despite the refusal to sell the goods, the Accused was arrested. 25 containers of counterfeit Syngenta pesticide were found in the course of inspection of the Accused's vehicle. The expert examination of the intellectual property confirmed that the sign «syngenta», as appears on the counterfeit goods, is deemed to be confusingly similar to the «SYNGENTA» trademark.

The Accused denied his guilt in committing the crime – the illegal use of Syngenta trademark. In particular, the Accused argued that (i) he had never been engaged in selling Syngenta products and the police provoked him to commit the crime; (ii) when receiving products from the above-mentioned unidentified contact the Accused was not informed by the latter that such products were fake; (iii) the evidences of the Accused’s guilt are inadmissible because they were obtained in violation of the criminal procedure law. The Accused cover story (explanations) specified in the verdict regarding the alleged absence of his guilt (loss of contact details of the supplier of the counterfeit, the absence of information evidencing that the product is counterfeit) was not confirmed by any material evidence. In addition, the Accused argued that the examination of intellectual property give evidences is in his favor, because, in fact, it confirms that he was unable to establish that the goods are counterfeit.

Having considered the case and the evidences, the court agreed with all above-mentioned statements of the Accused and granted acquittal.

One may say that in fact the said verdict formed the checklist of evidences and actions required to make guilty individuals criminally liable for distribution of the counterfeit goods, specifically:

(i) The need of more diligent arranging for the collection of evidences and closer cooperation of the IP rights holder with the law enforcement authorities, including the preparation of an effective action plan to perform evidentiary purchases.

(ii) The importance of identifying the entire network of counterfeit production (its relevant part) at the criminal investigation stage (manufacturers, resellers).

(iii) The need to collect evidences proving the absence of inducement to committing the crime and that an accused knew or could have known that the goods are counterfeit.