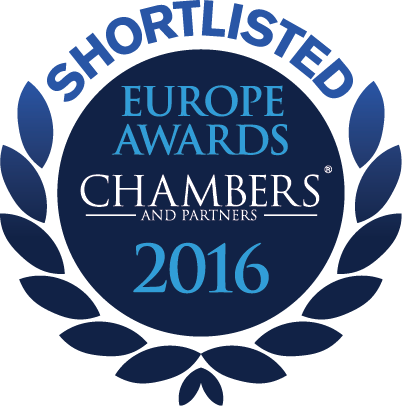 Chambers Europe Awards honour the work of national and international law firms across the region on the basis of research for the upcoming edition of Chambers Europe. The awards recognise a law firm’s pre-eminence in key countries in the region. They also reflect notable achievements over the past 12 months including outstanding work, impressive strategic growth and excellence in client service.

Chambers Europe Awards Ceremony and Dinner will be held at the Grosvenor House Hotel in London on Friday, 22 April 2016.

Full nominations can be viewed by clicking here.