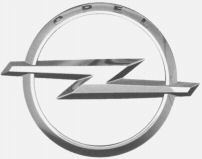 Recent Antimonopoly Committee of Ukraine (AMC) reactivation to protect business entities from unfair competition brings some first results. In particular, the most recent AMC decision to recognize unlawful use of the Opel trademark as unfair competition may contribute to further practice in combating by trademark owners and their official distributors (importers) against parallel import.

Reportedly, Opel Eisenach GmbH and a sole official Opel cars distributor in Ukraine (Distributor) filed their applications to AMC to initiate unfair competition investigation. The applicants asserted that TECHCENTER G.M. Private Enterprise (Defendant) illegitimately used the OPEL trademark (Mark) in its promotional materials, namely in flyers and in the course of advertising campaign that run from 25 October 2012 till 31 November 2012.

During the proceedings the AMC established the fact of violation of Article 4 of the Law of Ukraine "On Unfair Competition" by the Defendant in the form of unlawful use of the Mark in advertising leaflets and Internet advertising. Additionally, some sources reported that the Defendant used the Mark not only for promotional materials and flyers but also for its logo. The Mark was used without consent of the trademark owner – Opel Eisenach GmbH and Distributor that holds the exclusive rights to use the Mark for its business in Ukraine. The AMC pointed out that such actions by the Defendant could cause confusion between the Distributor and its dealers’ activity and the Defendant activity.

As a result of proceedings the Defendant was fined subject to mitigating circumstances such as cooperation in the course of proceedings and ceasing violation.

The Ministry of Justice of Ukraine approved the Procedure for State Registration of Commercial Concession (Franchising) and Sub-Concession (Sub-Franchising) Agreements (Procedure). This Procedure is a long-awaited regulation establishing the procedure for registration of franchising agreements as required by the Civil Code of Ukraine. The need of such registration has been debated for years and caused controversial court practice.

The Agreements shall be registered with the State Register of Legal Entities and Individual Entrepreneurs (aka EDRPOU) by the relevant state registrars.The place of incorporation of parties to the Agreements is not a decisive factor when it comes to place of registration issue. Holders and users of right, and other authorized representatives may file for respective registrations.

The Procedure contains detailed requirements to documents to be filed regarding each agreement (e.g., application to be prepared in accordance with an established format, and respective franchising-related agreement). The package of documents may be filed directly to the registrar office, sent via post or Registration e-portal.

A decision on registration should be issued within 5 working days from the date of filing. To confirm registration the state registrar will issue an excerpt from the EDRPOU.

The Procedure is not in effect yet. It will enter into force 6 months after the date of its official publication. However, it’s worth noting that registration of franchising agreements is an important part of the extensive business deregulation plan. Therefore, the possibility of its cancellation prior to the effective date cannot be excluded.

The most recent court practice also proves the development of new approaches to combating against parallel import in those cases where the genuine products are not submitted for customs clearance. However, the most recent ruing of the Odessa District Court can be taken into account on a wider scale. More specifically, this ruling can be regarded as a basic opportunity and approach to reclassifying a violation of customs rules for import / export of goods to an infringement of intellectual property rights.

According to the merits of the case, in the course of inspection of one container with goods the customs office detected undeclared bracelets labeled with well-known trademarks ("TM"). On this basis, the customs officer executed the protocol of violation of rules for import of goods beyond the customs control.

Having considered the case, the court ruled that actions by the customs applicant could qualify as another offence, namely import of goods in violation of intellectual property rights.

As a result the court awarded the maximum fine and seizure of goods.

According to the Ukrainian Alliance Against Counterfeiting and Piracy, employees of the Department of State Service for Combating Economic Crimes detected a resident of Odessa region who was distributing products labeled with Tiffany brand through the Internet.

The police searched the premises where the entrepreneur kept the goods and seized 86 units of counterfeit rings, bracelets, earrings and other items labeled with Tiffani logo, for the total of over UAH 350k. The seized products were sent to Ukrainian representative of rights holder to assess the amount of damages.

Criminal proceeding according to the fact of illegal use of the trademark was initiated and the resident of Odessa region was duly notified of being suspected in committing the crime set out by Article 229 of the Criminal Code of Ukraine (illegal use of trademark).