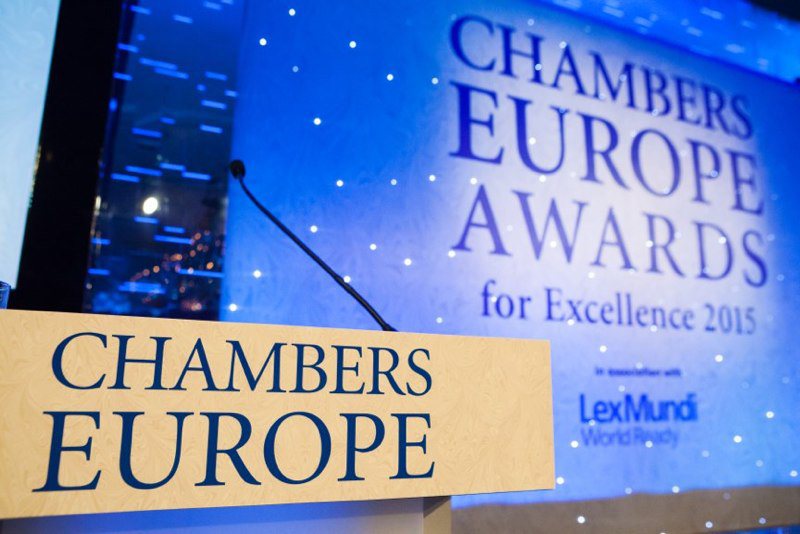 Sayenko Kharenko has won the Ukraine Law Firm of the Year at the prestigious Chambers Europe Awards for Excellence 2015. The award is based on the results of strong full-time multi-lingual research from the 2015 edition of Chambers Europe guidebook and reflects the law firm's outstanding work, impressive strategic growth and excellence in client service. The official awarding ceremony took place in Amsterdam in hotel Okura on 24 April 2015.

The firm has been shortlisted for Chambers Europe Awards for Excellence annually since 2009, when Ukraine first appeared on the list. This year Sayenko Kharenko wins this prestigious award, which confirms clients’ recognition of Sayenko Kharenko’s legal services.