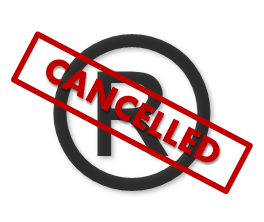 The long-lasting dispute over “NULYOVKA” trademark cancellation in the case of Carlsberg Ukraine vs. First Private Brewery has long been on our radars. Apparently, by its recent decision, the High Commercial Court of Ukraine has put an end to the battle. A few months before the above decision in the NULYOVKA dispute, the high-profile MTS TeleSystems and MTS Ukraine vs. MTS LLC trademark cancellation case also ended.

These cases are an important message to brand owners to that effect that a diligently established evidence of a trademark use is critical for recognising its validity. Currently, the availability of an evidence of merchantability of trademarked goods (i.e. availability of trademarked goods in retail) seems to be determinative to courts. Both cases also illustrate perfectly well that the Ukrainian courts are wary of accepting an evidence of a trademark use, which gives reasons to believe that it was created after filing the trademark cancellation action.

Carlsberg Ukraine has brought a trademark cancellation action against First Private Brewery arguing that the latter was not using the “NULYOVKA” trademark for three consecutive years. The case has undergone several rounds of judicial consideration, and has been twice remanded by the cassation court. When the case returned to the cassation court for the third time, the latter decided to take the wheel and made a final decision in the case.

In the MTS case, initially the contested MTS trademark was used to attack trademark portfolio of the Ukrainian mobile operator. The trademark owner even managed to succeed in invalidating the portfolio in the court of first instance, though the position of the court appears to be controversial. Attacking the portfolio was a reason for filing a trademark cancellation action because of its non-use.

Proofs of putting on the market

In both cases, the parties have demonstrated an extraordinary inventiveness in sustaining their arguments and submitting an overwhelming variety of proofs, including market research reports, delivery notes, technical documentation for goods, trademark licensing agreements, etc. However, the courts of all three instances mainly narrowed their focus primarily on establishing whether the trademarked goods/services have been actually put on the market so that the end-consumers could buy them. An alleged application of the trademark in business documentation, technical specifications, and within B2B distribution channels seems to be of a significantly lesser importance in the courts’ eyes.

In the NULYOVKA case, the court of first instance and the court of appeal, when establishing the trademarked goods’ actual merchantability, have been mainly satisfied by two samples of the product bearing the disputed trademark and two payment receipts confirming the product’s purchase in retail. However, the High Commercial Court of Ukraine disagreed with courts of first two instances. The cassation court pointed out that the provided product samples (branded beer bottles bearing the contested trademark) and the payment receipts allegedly confirming the fact of purchase of these products (beer) in retail are inadmissible as evidence because of the counter evidence in the case, in particular:

Time is of essence

Generally, in both cases the courts, especially the cassation court, were sceptical about the evidence that could have been created by the defendant retroactively (e.g. a few bottles of the product bearing the mark and the payment receipts). In the highlighted MTS case, the High Commercial Court of Ukraine pointed out that: