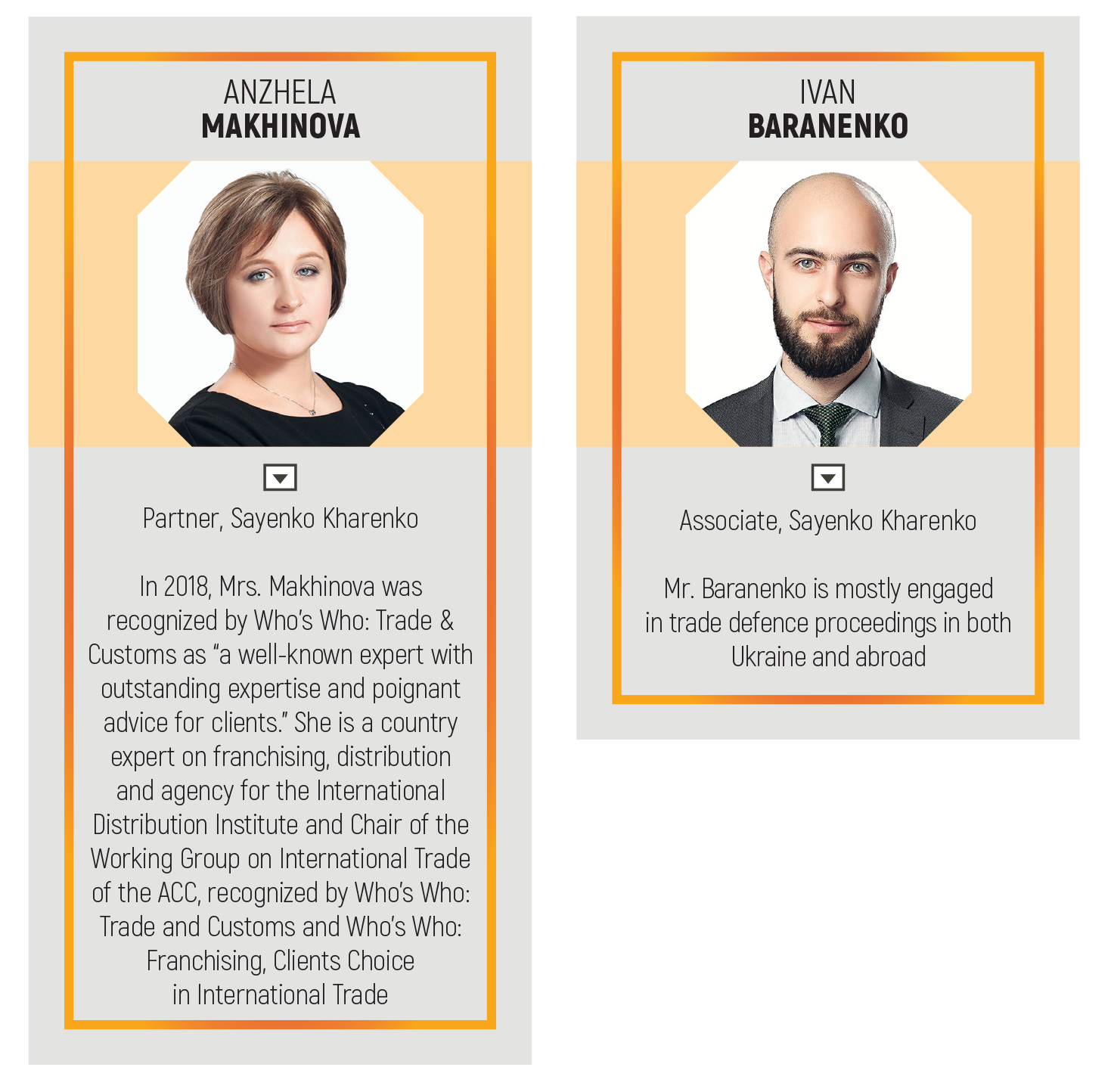 2018 saw a variety of protectionist sentiments around the globe. Taking into account that trade defense remedies are protectionist measures directly allowed in the WTO, naturally enough 2018 demonstrated the growth of different investigations and applied remedies. Specifically, as indicated in the WTO report on G20 trade measures’, the first six months of 2018 saw a 23% rise in the number of investigations initiated by G20 members compared to the previous six-month period (July-December 2017). In this article, our aim is to focus on the hottest issues in the field of trade defense remedies.

8 March 2018 was the starting point of the global trade war. This was the day Donald Trump imposed additional duties of 25% on steel imports coming into the US and 10% on aluminum products. The duties were imposed under Section 232 of the USA Trade Expansion Act of 1962, which allow for the imposition of certain trade restrictions to limit imports that threaten to impair national security. These measures apply to Ukraine as well as on a general basis.

What matters is that such measures, being similar to safeguard measures in nature, went beyond the WTO’s established mechanism and the safeguards procedures. The introduction of the above measures raised unprecedented concerns from other countries where metallurgy industries suffered from USA trade restrictions. Nine WTO members” initiated disputes against the US, claiming the measures were not consistent with WTO agreements.

US tariff restrictions aimed at the import of steel products triggered subsequent safeguard investigations in other countries to protect domestic producers against the anticipated restructuring of trade flows and surplus of metal supply on global markets. As of the beginning of 2019, investigations had been initiated by the EU, Canada, Turkey and the Eurasian Economic Union. Some countries (the EU, Canada and Turkey) have already applied provisional measures*. Notably, Ukrainian products have been excluded from the provisional measures applied by Canada and partially excluded from the measures applied by the EU (only 14 of 28 product categories apply).

Though investigations initiated by other countries are in line with the WTO Agreement on Safeguards, the various measures against steel products applied or offered have significantly stirred the international market. This is an unusual situation as WTO members such as the EU, USA and China have only previously applied safeguard measures in 2002-2005 due to their extraordinary nature and very high standard of proof.

In 2018, the EU adopted significant amendments to its TDI legislation in order to be able to apply more sophisticated approaches and calculations in the course of investigations. Specifically, the new TDI legislation sets out a minimum profit rate of 6%, obliges the European Commission to take into account differences in environmental and labor standards in the EU and third countries as well as to scrutinize any dual pricing schemes, export taxes, VAT refund reduction or withdrawal, etc. One can reasonably expect the above new approaches to result in higher duty rates.

2018 was quite a productive year for trade remedies in Ukraine. During the year, two anti-dumping duties against Russia (against the import of bars and rods along with certain urea-formaldehyde products) were applied as well as a safeguard measure against imports of sulfuric acid notwithstanding the country of origin and export. Anti-dumping measures on ammonium nitrate from Russia were also subject to review.

Moreover, many anti-dumping investigations (namely: against cement from Russia, Belarus and Moldova; corrosion resistant steel sheets from Russia and China; carbon and alloy steel rods from Belarus and Moldova; syringes from India, Turkey and China; medical rubber corks from China and Poland as well as ball bearings from Kazakhstan) and sunset reviews of anti- dumping measures (applied against medical glass bottles from Russia and incandescent lamps from China) were conducted.

These proceedings revealed many benchmark trends.

Circumvention Of Anti-dumping Duties Will Be More Difficult In Ukraine!

Anti-circumvention provisions in Ukrainian legislation set out just two situations when it is possible to initiate an anti-circumvention investigation. That is the import of products through third countries and of spare parts subsequently assembled in Ukraine. Thus, the most frequently used type of circumvention when the same products with minor changes are declared by different customs codes or with different description in the cargo customs declaration was not covered. In practice, this resulted in the inefficiency of the relevant duties. However, interim re- view of the anti-dumping measures on ammonium nitrate from Russia demonstrated that the above unfair practice could be efficiently counteracted by an interim review process. During the course of this review, the Ministry of Economic Development and Trade of Ukraine (i.e. the body responsible for trade defense proceedings in Ukraine) could clarify the product description to avoid further manipulations during customs clearance. The relevant decision adopted by the Ministry was later upheld by the court of appeal.

2018 was rich in benchmark conclusions to be scrutinized by domestic industry when initiating trade defense proceedings:

Unfortunately, the Ministry has not provided any detailed substantiation of its conclusions, so it is quite difficult to comment on them. However, the conclusion of insufficient sales volumes looks questionable in view of the fact that both the relevant WTO agreement and Ukrainian legislation directly set out this form of material injury as material retardation of the establishment of the domestic industry when no sales are required to analyze in- jury. Moreover, in other proceedings, the domestic industry and its related parties have also had significant import of the products in questions. However, in those cases the Ministry was not precluded from establishing injury.

Notwithstanding the above, it is now evident that in the event of such circumstances, the domestic industry shall act with special care.

In the safeguard investigation on sulfuric acid, the Ministry faced the issue of injury analysis for tolling schemes. Even though the Ministry has not provided detailed explanations on the matter, it is clear that in such cases participation of both contractors and tollers is crucial.

Ukrainian law does not stipulate the Ministry’s obligation to disclose its final determination to interested parties in the course of safeguard investigations. Interested par- ties, therefore, do not have the opportunity to analyze whether a decision complies fully with WTO rules and Ukrainian legislation. Determinations have only been disclosed through initiation of court proceedings. However, in the course of the safeguard investigation related to imports coming into Ukraine of sulfuric acid and oleum, the Ministry changed its approach and disclosed the final determination to interested parties prior to adoption of the relevant decision. This was done in response to requests submitted by the interested parties with reference to the panel report in Ukraine — Passenger Cars.